AP: Castle Rock – The town of Bridgton Maine was rocked this morning by what witnesses refer to as “wild attacks by creatures coming out of the mist”. Several fatalities have already been reported. Unconfirmed reports of tentacled monsters, giant swarming insects, and horribly loud moaning sounds issuing forth from this morning’s post-storm fog have been clogging local radio stations. While it’s not known if there could be a possible connection, a birthday celebration ended in tragedy when an out-of-control vehicle slammed into Frank’s Pump and Pay, a service station in the King’s Crossing section of downtown Bridgton. The unidentified party goers were walking through the Pump and Pay parking lot when the speeding vehicle struck a row of pumps which then exploded in a rain of fuel and fire. The death toll is unconfirmed. Witnesses report at least two survivors who stopped, dropped, and rolled to safety before climbing into a late model sports car and speeding off. If you have any information regarding the identities of the two survivors, please call Bridgton Emergency Dispatch – 1-800-663-2657

There are widespread accusations that the local US Military installment’s top secret, “Arrowhead Project” is to blame.

Across the street there was another crowd forming in a local supermarket watching the fire burn out of control. By 9:30 AM the fire had not decreased in the least. The police were holding it back to the fire lines, and discussing the tragedy in a tone which those seasoned witnesses of death seldom use.

“It’s the worst thing I ever saw,” said one old policeman.

At 9:35 AM, authorities in Castle Rock lost communication with Bridgton’s local Sheriff’s Department. Police ask that people remain in their homes until the fire is under control. 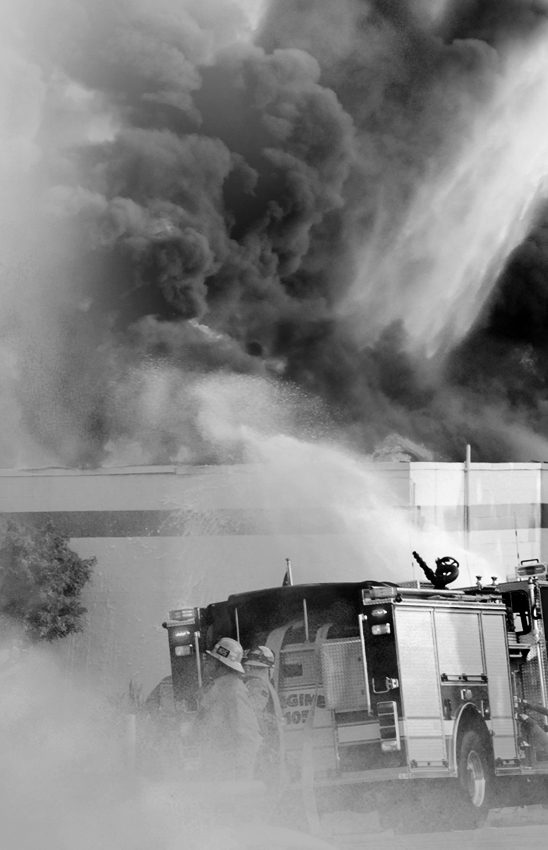 5 responses to “Birthday celebration ends in calamity amidst widespread attacks”