as promised, here is a few BTS shots from II. i am probably breaking some rule here, so look while you can. i won’t show sets, scenes, other actors. i’ve made these shots hard so you can’t grab them. don’t share! don’t tell your friends. just don’t even look, okay?

i’m pretty sure this sign got messed up. I think it should read, ‘can’t remember shit’ but obviously the sign maker got confused.  long hours will do that.

here’s a piece of our glorious sound stage (one of them. i think we have four or five this year).

sleeping quarters. they don’t actually let us leave set at night, except to pee, which is outside. thankfully, there is a ditch and a shovel for other biz. the guy at the end hasn’t been outside for at least a month, which has some of us sniffing the corners.

no. this is not Expanse – it’s just Toronto. pretty sure there is no McD’s on Tycho.

for the record, i was just walking by. i don’t do the salted cardboard. unless it has hot sauce.

here’s our director, Breck Eisner, just before we begin. Breck is the guy with the thumb. he’s happy to see me. Breck doesn’t yet realize that i’ve decided Miller is a deaf-mute this year.

these folks are not happy. they are pretending, like they’re supposed to do.   those suits are hot. and, there’s no zipper down there. no joy.

being in space makes you feel cool. as in groovy. this guy’s feeling it, even tho he’s really f’in hot.  (as in uncomfortably warm, dodo.)

but he’s lit like a sonofabitch, thanks to jeremy benning, our cinematographer.  who is a god.

this guy doesn’t know that i’m stealing his helmet, because it’s cooler than mine.      as in way-cool.   wally wood is sportin’ wood right now.

getting ready to make believe like i’m not really f’n hot. (extra-warm, genius.)

this is our director, after the scene is in the can. i think he likes me.

the finger is for some other guy, whom I’m guessing he doesn’t like so much. 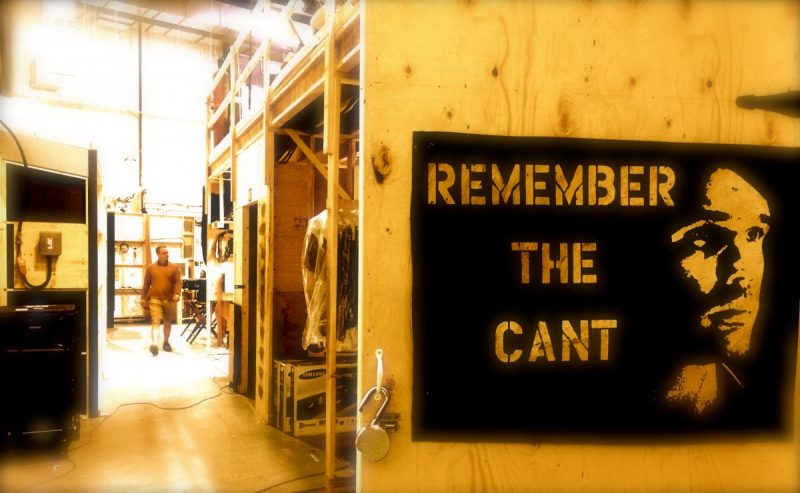 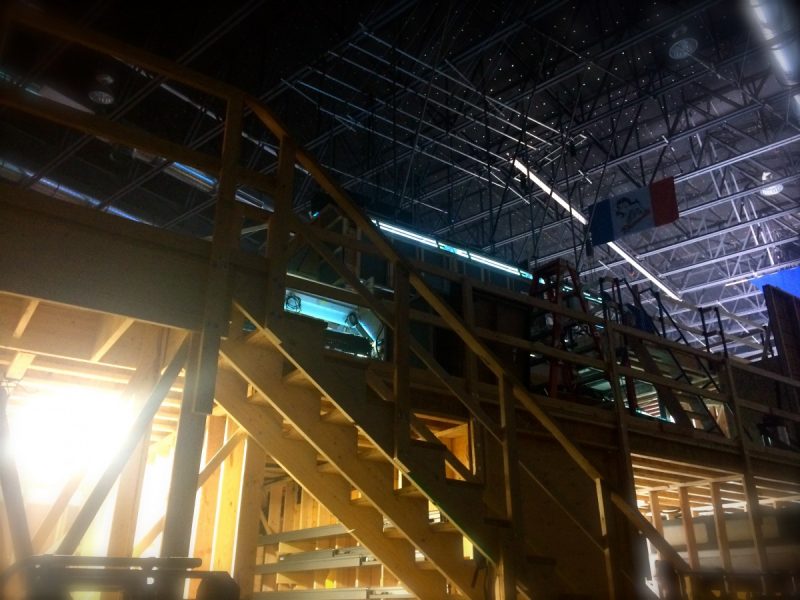 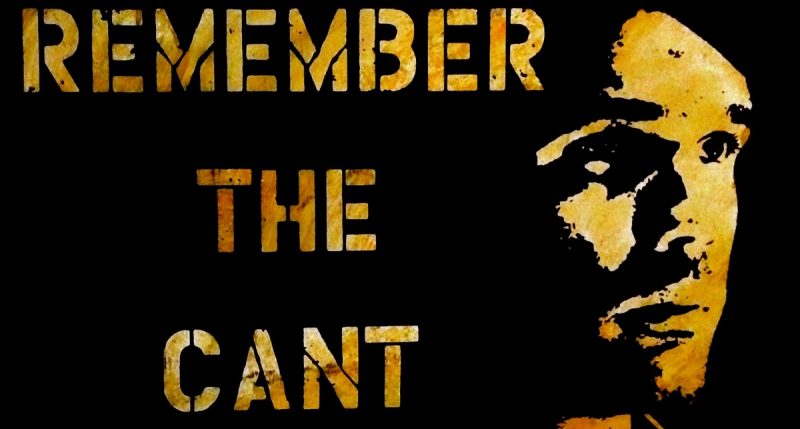 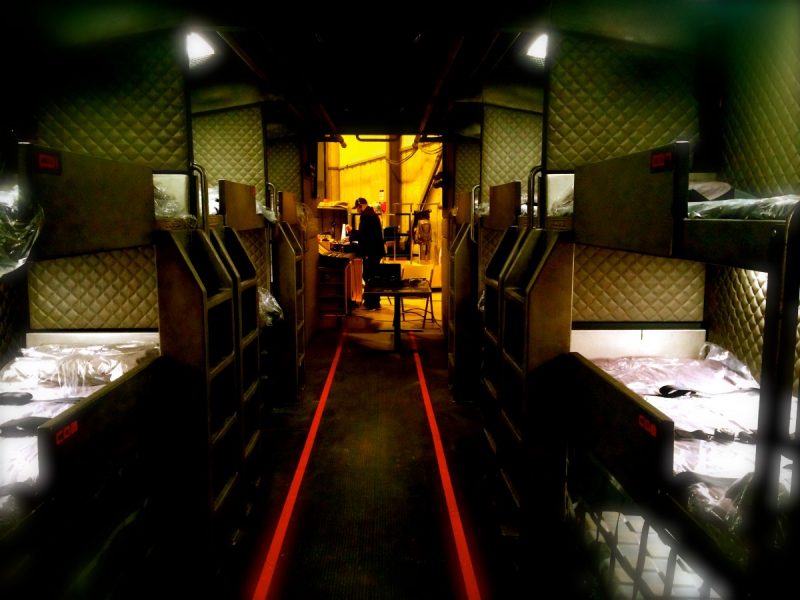 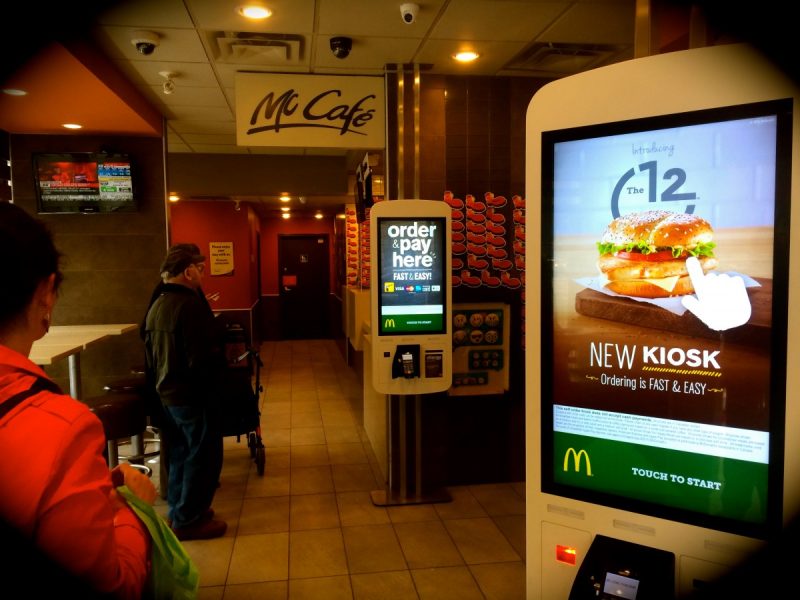 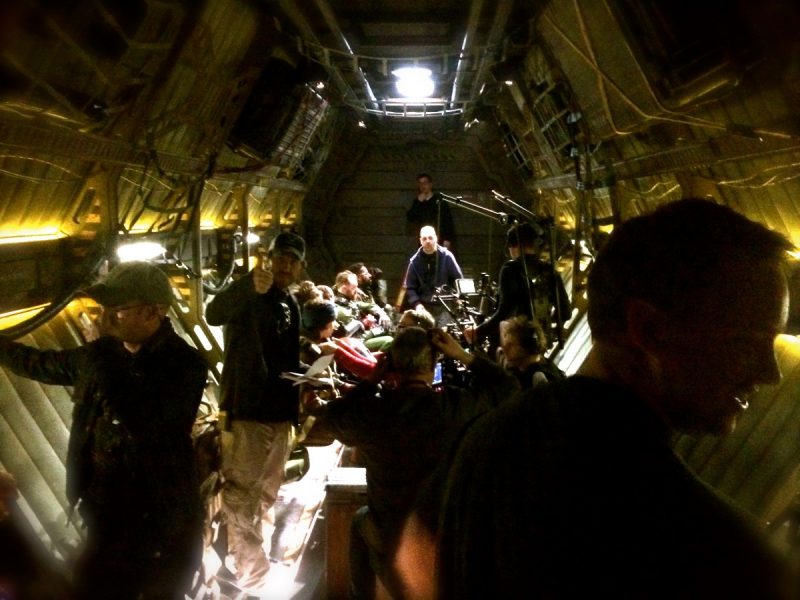 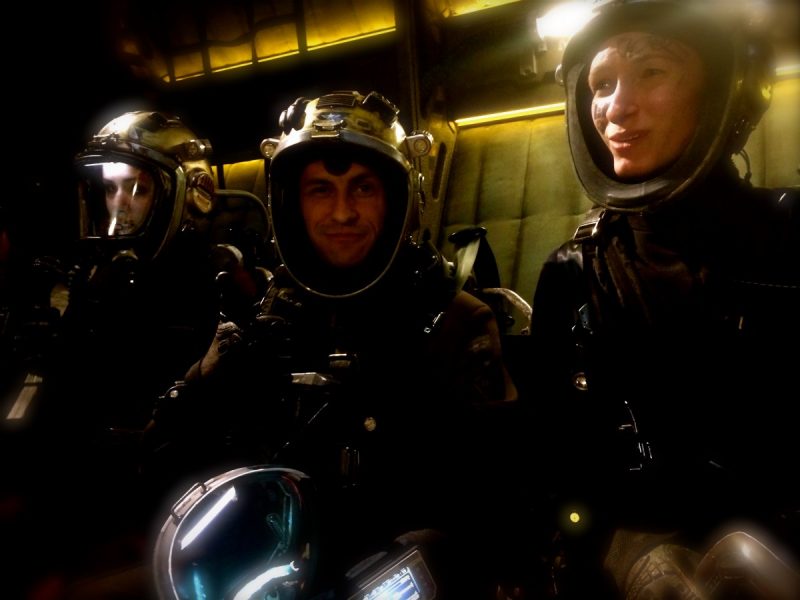 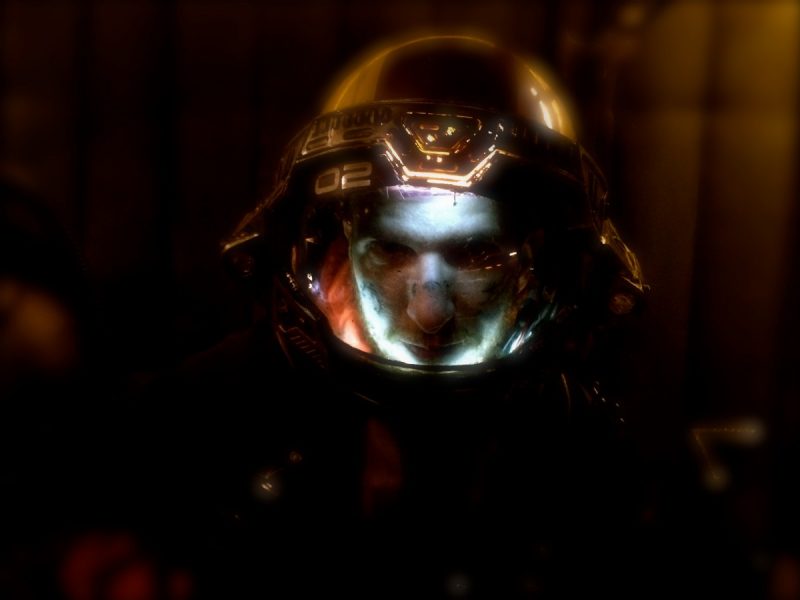 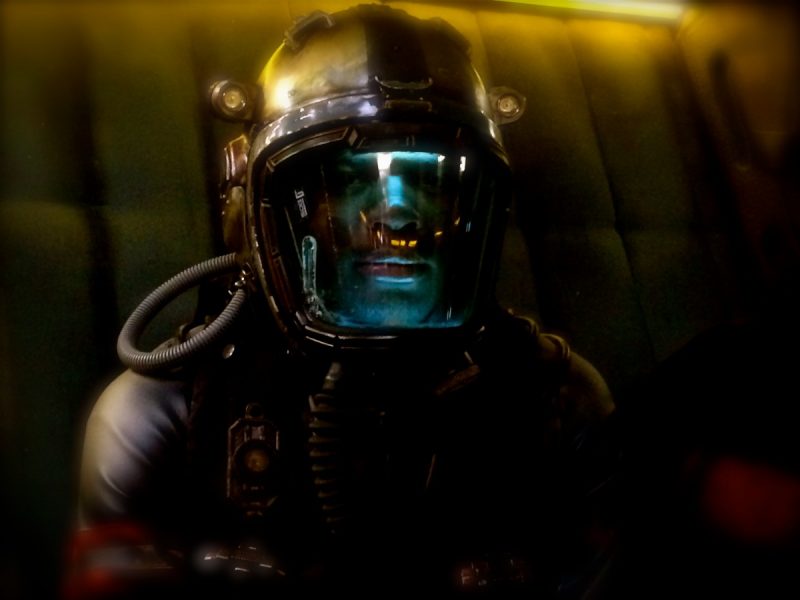 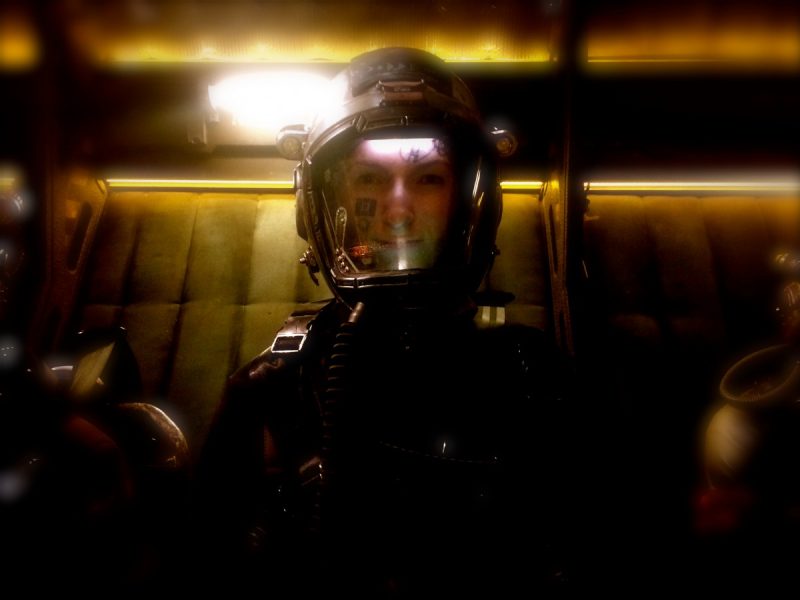 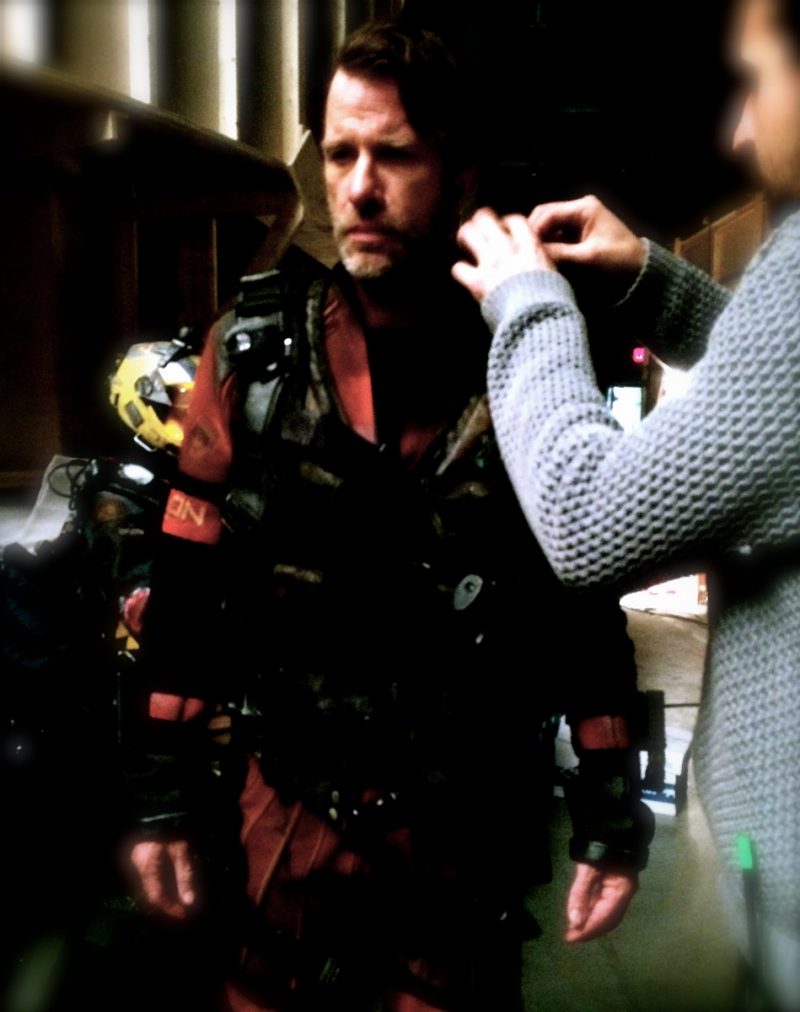 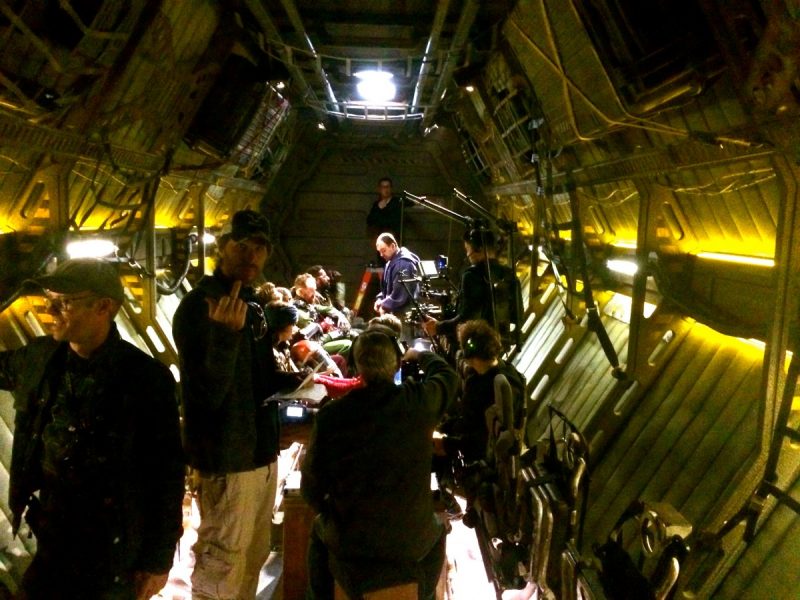