While visiting a girlfriend in New Orleans, actor/director Thomas Jane came across a skinny, tattooed white guy with a dirty t-shirt and brown leather jacket, busking in the Marigny district with a beat-to-shit ‘70’s Yamaha guitar. He introduced himself as, “Blades. Rusty Blades.”

Jane was taken with the street performers simple, raspy songs about lost love and self-annihilation. He gave Rusty his personal number and told him to look him up if he ever found himself on the West Coast, and that Jane would “see what I could do to help you out.”

About a month later Jane got himself a collect call from a payphone in downtown Los Angeles, from the grand old Union Station. Rusty had hitchhiked into town, “mostly by way of Dallas Fort Worth.” Rusty wondered if Jane was “ready to put his money where his mouth was.”

Being a Southern boy himself, Jane felt obliged to show Rusty around a little, even offering him his couch for a couple nights, until Rusty’s constant inebriation made that situation untenable.

But Jane was determined to put his coin where his teeth was. He took Rusty along to friend Scott Thomas’ (RINGSIDE) birthday party, where Rusty fell asleep in the musician’s bathtub; discovered the next morning by Thomas’s eight year old daughter. But the two hit it off well enough (Rusty and Scott, not the kid) for Scott to agree to take Rusty over to producer and engineer Max Allyn’s Dig It! Studios, and the rest, as they say, is his story.

Allyn, an accomplished musician, consummate artist and all around good guy, hit it off with the mercurial Rusty Blades. Jane was contacted and an agreement was forged “almost immediately” for Max and Rusty to cut a four song e.p. at Dig it! – to be bankrolled by Jane and released through Jane’s own RawStudios, which up until the present time has been mostly known for producing high end, low volume graphic novels. But with Raw Studios taking their products digital, it seemed an easy sideways jaunt from art to music. “After all,” as Jane so astutely observed, “it’s all one’s and zero’s  anyway.”

Five songs were recorded for the four song e.p. in a whirlwind six day spin, with Jane stopping by on two occasions to watch the action “…but every time I went by the studio, the two of them would be passed out on the floor, on the couch, beer bottles all over.  It was like, hey how’s this gonna get done?”

But get it done they did. The third time Jane stopped by, he found the tired but elated producer combing through a mountain of tracks. “We got her done,” Allyn said.

But Rusty Blades was “gone when I woke up. I don’t know how he got out cause I have the only key to the gate. Must have climbed the fence.” Left behind in the studio was Blades’ old Yamaha guitar. Jane currently keeps the Yamaha in his collection “as collateral. Not that it’s worth anything. But Blades owes me a new rug.” Apparently, Rusty had passed out drunk on Jane’s couch in Silverlake, leaned over and puked on the rug.

It was during that short stint that Jane’s friend, artist David Mack, would show up, usually with a model or two in tow, and the group would get into some late night sketching parties, with Rusty Blades providing musical accompaniment. David usually left a couple sketches behind, and one particularly expressive rendition of the singer became the album art for Rusty’s debut ep, ‘Don’t Come Home.’

The ep was mixed by Mark ‘Salty Dog’ Chalecki at Little Red Book, and a limited vinyl pressing of the record is reportedly being done at Rainbo Records. Raw Studios is releasing the four song ep through iTunes and most major digital outlets.

Also released digitally is a longer ep with straight acoustic versions of the four songs, plus the fifth song Rusty recorded, ‘Rebecca’s Song.’ Max Allyn: “I wanted listeners to hear the songs just like I heard them before we got dirty with it. There’s something raw about the naked tracks, just guitar and vocal.”

Jane: “’Rebecca’s Song’ just showed up on my desktop, a couple of nights after I had told Rusty about my sister.” (Jane’s younger sister died in December of 2011.) “I said, ‘What’s this?’ and he said, ‘Oh, Rebecca told me to lay that one down for your sis. I asked Bec’s to look out for her, show her the ropes. She said they’s already skipping the light fantastic together.’”

Jane says the song “haunts him.” Allyn was equally inspired, and spent some personal time arranging the song long after Rusty had disappeared, even bringing in the talents of Stuart Cole for some chiaroscuro trumpet. “I hope he doesn’t mind we included it. But we couldn’t just leave it on the floor.”

“We opened up a little account for Rusty,” Jane says, even though the singer/songwriter hasn’t been seen since recording was completed in April 2012. “He’ll be back. I’m sure he won’t be leaving that old Yamaha all by itself for too long.” This is RawStudios’ first foray into the musical marketplace, and according to Jane, may be the last. “I did it for Rusty. Cause I said I would. Rusty was always grabbing me around the neck and saying, “I’m your brother from another mother,” shit like that. I’m real proud of the work him and Max did. But the music scene is a red headed bitch. I’ll probably stick to graphic novels. And acting. And directing.”

As of this writing, Rusty couldn’t be reached for comment. Max Allyn says he heard him talking on the studio phone to a girl up north, probably San Francisco. “They were fighting. When Rusty hung up he laughed and said, “Welp, I shouldn’t complain. I like my whiskey hot and my women strong.”

“Wherever he is, we hope he hears the finished stuff. I think he’d say they were alright, mostly.”

Jane says, “We’ll make sure he sees any profit, once I recoup my investment. Including the rug.”

(complied from interviews by Cat Schwartz) 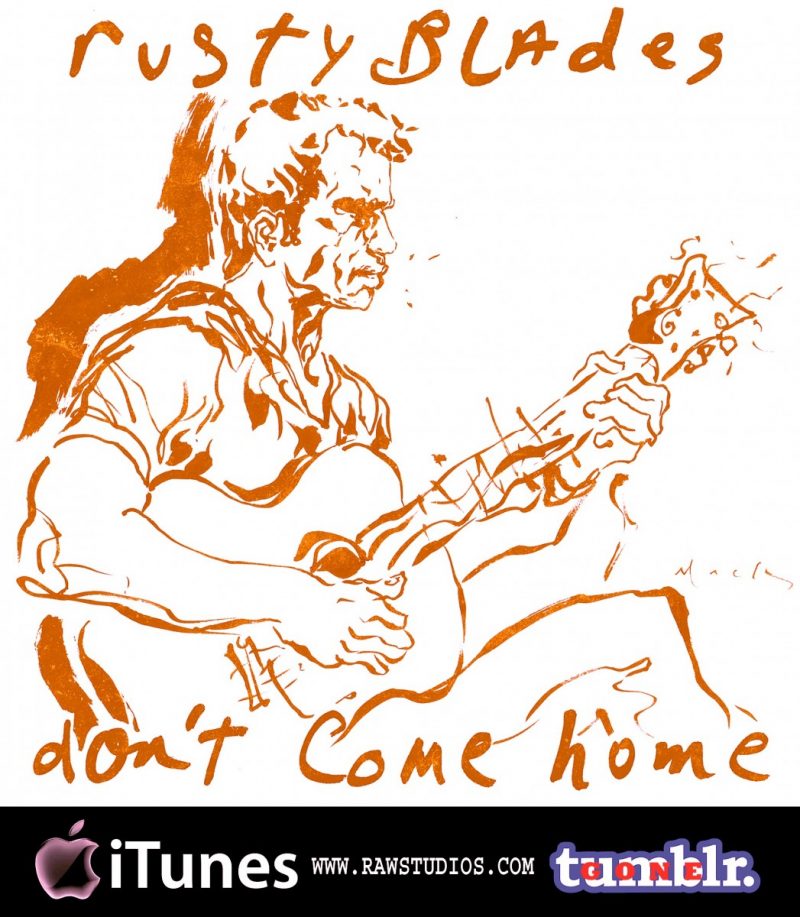 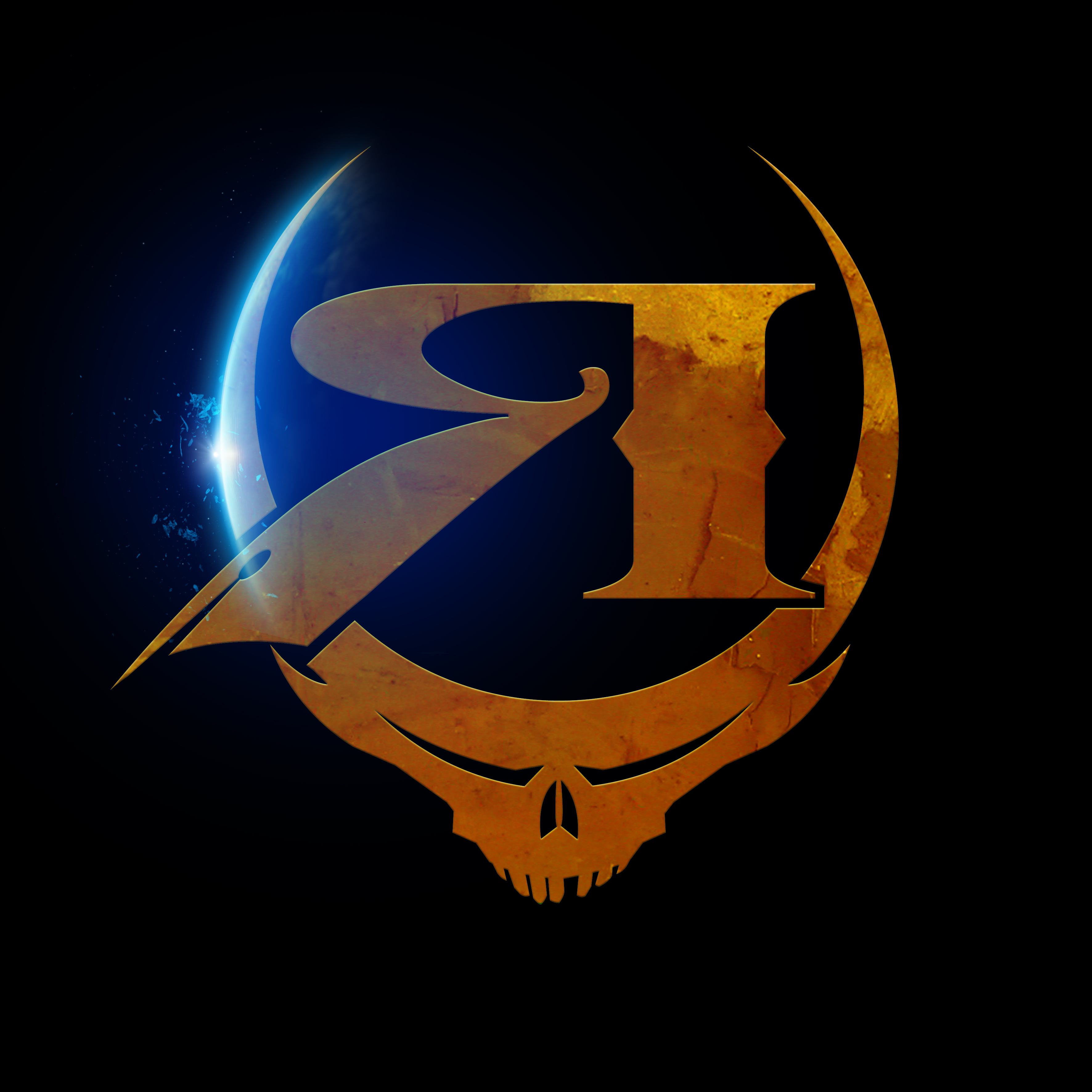