IF YOU were at SanDiego Comicon this year, stumbling around Hall C in a fanboy daze, you may have been handed a small, folded card with a partially obscured certain Skull on one side.  Inside, the card read, “SURPRISE UNVEILING: New PUNISHER SKULL designed by TIM BRADSTREET” and “DO NOT MISS.”

Well, we unveiled it alright.  For those fortunate enough to have been handed a card, and clever enough to guess that something might be up in room 26B that night, they got a hell of an unveiling.  But what about the poor slobs who weren’t in San Diego?

Or maybe you WERE there, but YOU decided to go to the Costume Ball and oogle that Little Red Riding Hood that night?  Or maybe you WERE there, were handed a card by a hot booth babe, and THREW IT ON THE FLOOR while standing in line at the GAME OF THRONES booth where Peter Dinklage sits on your lap for a picture.  WHAT ABOUT YOU?  Fear not, Fanboy.   We’ve got your brand new Punisher Skull right here. 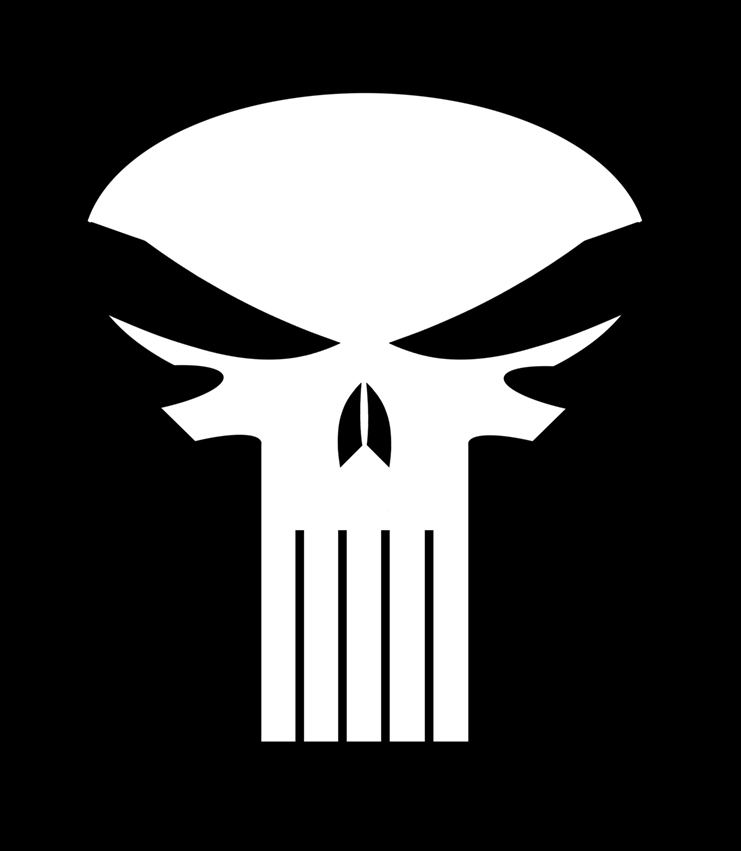 Feel free to grab this Skull and wallpaper your homescreen as you stand in line for TDN and tell everyone that YEAH, YOU WERE THERE.  And HERE’S THE SKULL TO PROVE IT.

As you show off your shiny new Skull, remember to point out to your new friends that the eye sockets are knife blades. Guaranteed to elicit ooh’s and aah’s, and possible feinting.  And when Little Red Riding Hood asks you how you figured that out, tell ‘em Tim and Tom told you in San Diego at the EW party. Personally.