Why there still may be hope for mankind

Yes, even little things like this count. Every time I begin to lose hope in my fellow man, something like this finds it’s way through the crumbling wasteland and blooms. Strother Douglas Martin was one of the great character actors of his generation. He was one of those one-of-a-kind individuals who project a singular quality. Y’know . . . those actors and actresses that once seen, you just can’t forget ’em. I mean, who paints a giant mural of an obscure character actor who has zero meaning to over half of America’s population? To the few, it is only just, that the late Mr. Martin is still held in such high regard today, 36 years after he took his final bow. An excellent tribute to be sure. Anyway, no need for school and soapbox. I wouldn’t even attempt to turn the younger generation of video-files and genre-junkies on to a cat like Strother Martin; for the righteous will discover him and his like in due time. As for the uninitiated? As Billy Shakespeare once intoned, “delays have dangerous ends.” 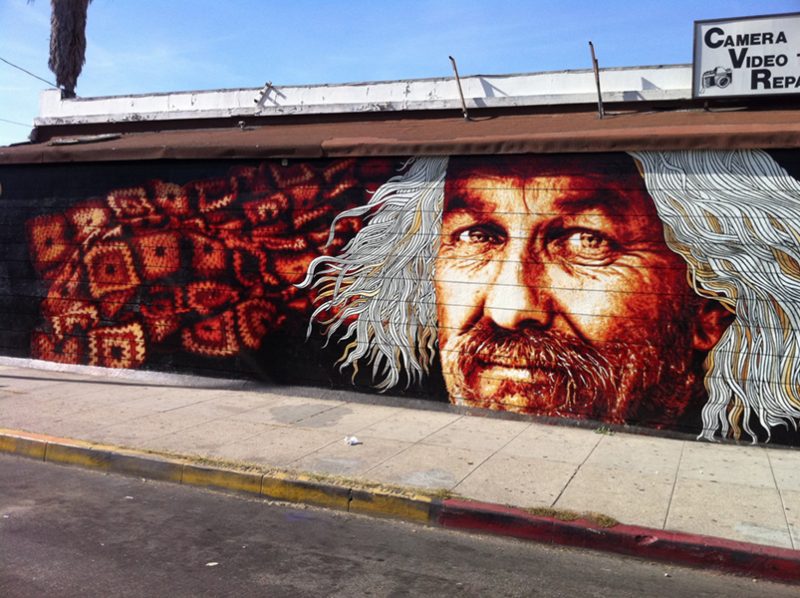