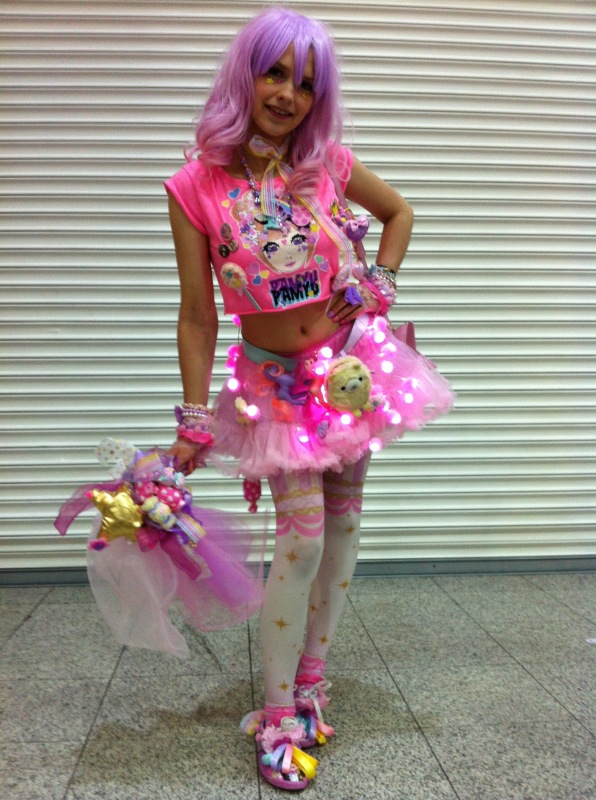 BRADSTREET WAITING ON THE TUBE AT WATERLOO 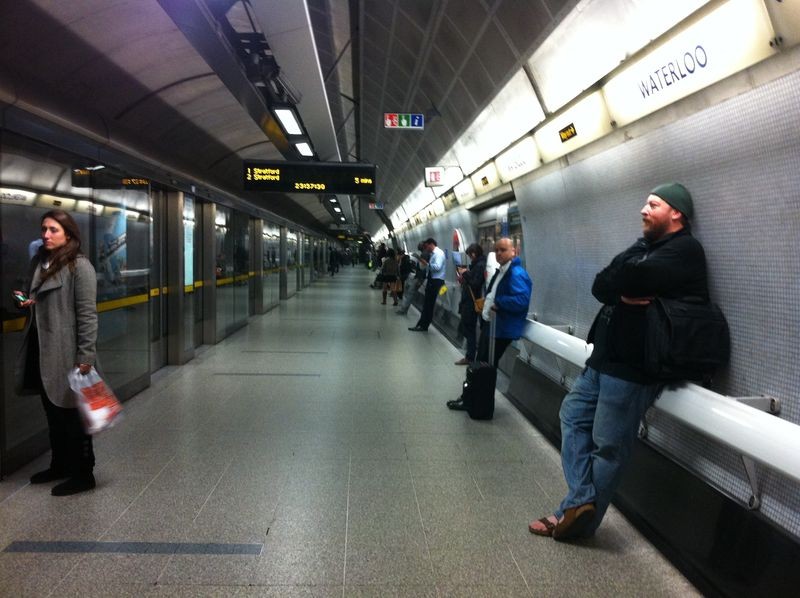 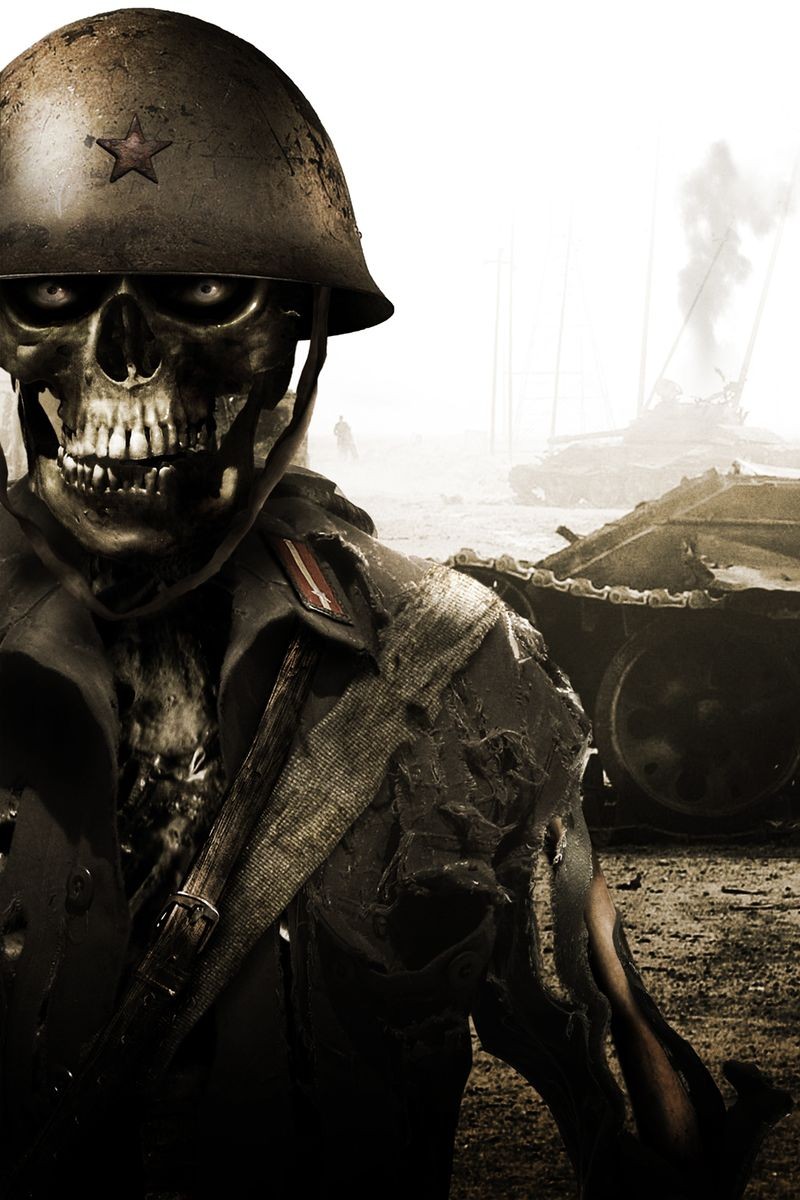 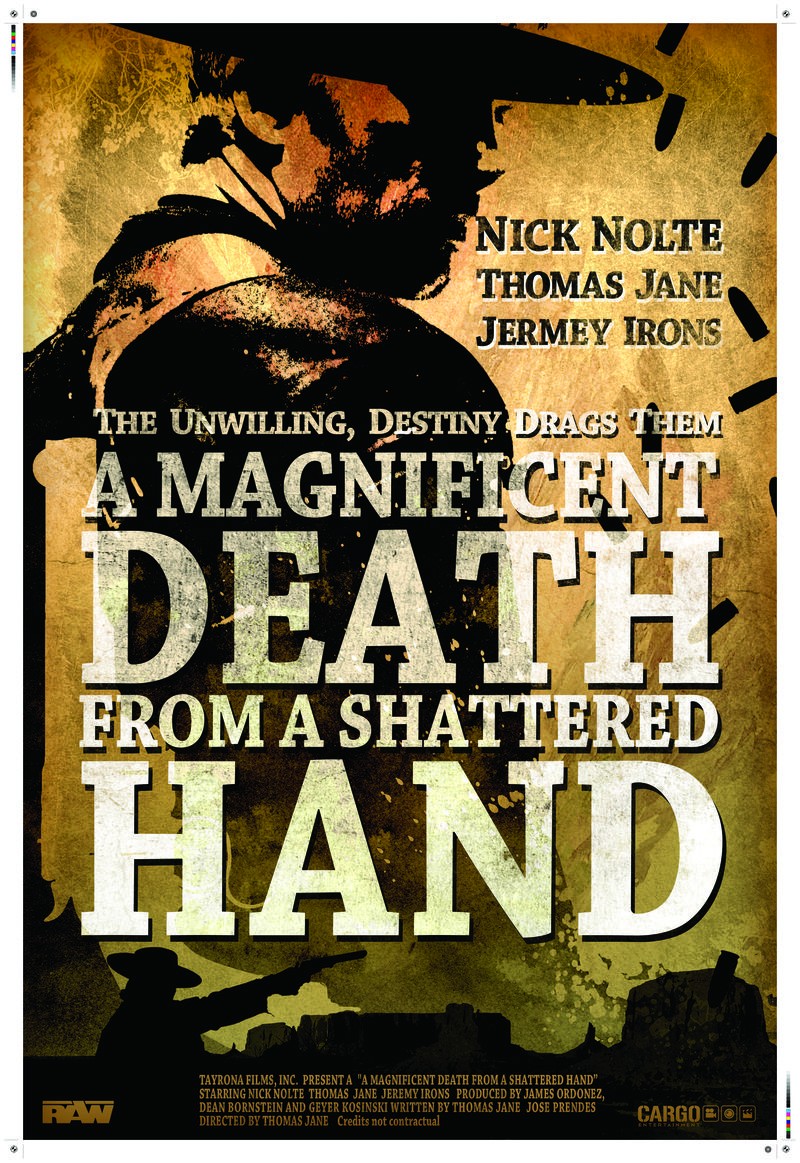 RAW STUDIOS IS PROUD to announce our partnership with Never Ending Light Productions in the crowdfunded FILM and BOOK on new energy, “RANDY’S DONUTS.”   Raw has signed on to produce the pictorial book based on a little something called VORTEX BASED MATH.   yup, we knew we should have paid more attention in High School, cause sure enough, it looks like math really can change the world – just like Teach said!   VORTEX BASED MATH is some pretty cool shit. It’s based on the research of one MARCO RODIN, and RANDY POWELL took it to the next level, making the theory practical.  CHECK OUT THE VIDEO HERE: Randy’s Donuts

I highy reccommend checking out the links below the vid for more info on this groundbreaking, highly cool stuff.  Tell all your friends you’re ahead of the curve with Vortex Based Math.  got kids?   Tell em that geometry ain’t shit.   And stay tuned for more info on the FILM and the BOOK  –  RANDY’S DONUTS! 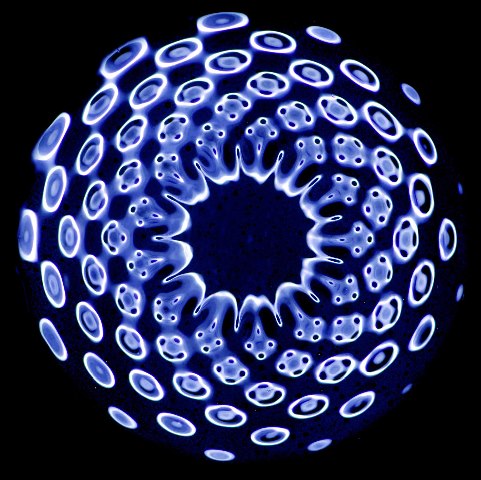 WE HAVE A WINNER!

we are over the moon with Andi’s design. honestly, with so many great designers handing in so much cool stuff, it was hard to choose the winner.  But end of the day, Andi’s iconic, simple yet striking logo blew us away. we can’t wait to throw this baby on new RAW CRAP!  err, stuff. Things!

check the store soon.  meanwhile, we’re gonna throw up, er, PUT up some of the other leading contenders right here, so you can be amazed.  Super talented cats competed their ass off in an 8 day DEATHMATCH, and we think you’ll be just as blown away as we were.  who knows?  maybe you’ll see some of their bad-assery on Raw Crap, er stuff – soon!

CALLING ALL INK SLINGERS!  RAW WANTS YOU!  the new website has been launched and we could not be more excited.  RawStudios™ is crawling it’s way from out of the muck and taking it’s first stabbing breaths of fetid, humid air – and we want YOU to be a part of it!

We are looking for a designer with RAW Talent to CREATE A NEW LOGO for us!  The winner of the competition will receive Raw schwag, Raw merch PLUS: World Renowned Recognition as a Pillar of the Community and a Leader of Men.

Think of all the ladies (or dudes) you’ll pull when YOUR NEW DESIGN is THE OFFICIAL RAW LOGO!  – not ONLY being front and center on the WEBSITE — but on genuine COMIC BOOKS! – as well as SHIRTS, HATS, POSTERS, ZIPPO LIGHTERS, KEYCHAINS, BEER BOTTLES (maybe) RECORDS, BOOKS, and specially designed TP used by TJ & TB!

Watch us SIT BACK AND LAUGH while your creation (potentially) makes us millions!  We have launched our contest here: (http://99designs.com/logo-design/contests/raw-needs-logo-187958/brief) giving a brief description of what we are looking for!

But don’t listen to US!  Do what YOU want to DO! Too busy? Like to get ‘paid’ for your hard work? Not here, bub!  Feeling bold? Creative? Outcast from society? Crave recognition? Get Involved!

We look forward to checking out your insanely innovative, simple yet strangely familiar creation! check us out! at http://99designs.com/logo-design/contests/raw-needs-logo-187958/brief

well. we’re still standing folks. BUT THAT DOESN’T MEAN THE MAYANS WERE WRONG. it just means we’re not as good with numbers as they were. plus, we can’t read too good.  we like to listen carefully to what you say, and then make up a bunch of stuff and say you said it. that’s what we’re really good at. the Maya never said, “End o’ the World! HaHa!!’ — we said that. the MAYA said, sagely – “it’s the end of one age and the beginning of another.” at least, that’s what I say they said.

so, while new age fish fryers struggle to find a new date for the end of everything, we at RawStudios say F it! live for today! it’s the end of that old thing and NOW is the beginning of this here! GET WITH IT, man. don’t just do something, STAND THERE! best acting advice i ever got. works for life, too.  while you’re standing there, have a poke around at our new digs. dig it? let us know on ye old boards. not diggin it? go bugger yourself! oh, alright, let us know that too. what works? what doesn’t? wtf?

AND CHECK OUT THAT NEW STORE!  we teamed up a while back with Mr. David Padula, secret Jedi, and schemed up this new fangled online store thing.  it’s like shopping, but without the traffic!   we decided, after much careful deliberation, to launch the new store at presicely (sic) this time – for very good reason. it’s just in time for Xmas, the busiest shopping season of the year. AND it’s too late to order anything for Xmas.  see?  huh?  Genius is so simple, and yet, so rare.  there are forces at work here that even we barely understand. but dude it’s cool. this is a CONSUMER SOCIETY. You are a DRONE.  you’ve been conditioned to want things you haven’t even thought of yet. WE do the thinking. DON’T WORRY ABOUT IT.  this is fun!  we want to hear what you have to say about that, too – but not here. there are other boards for that. HERE, we let go of our FEARS and we BUY GOOD THINGS to make HAPPY THOUGHTS for MANY.  welcome to the Enlightened Age. See?

here she is, our new PUNISHER of the MONTH!  Just a few days early – (or a few weeks late, depending on how you look at it!) – all the way from the dark recesses of the Urban Internet Jungle – RawStudios presents :: Miss December!

Will the Lucky Lady please come forward and identify herself?  That’s right, just like Cinderella lost her shoe, we’ve lost Punisher Girl”s email!  But we won’t let that stop her from taking her place at the top of the pile this month ——– it’s a special place because THIS MONTH may be the last month of recorded human history!  That’s right, this unidentified sexy Punisher girl may be the last PotM ever – that is, IF the world as we know it ends on or near Dec 21st. Lots of regular ol’ folks have been waiting YEARS for this most momentous moment!  We hope our Punisher Girl has been stock piling weapons and ammo, dry goods and gold pieces for the coming APOCALYPSE.   We feel good knowing that women like this will be out there wandering the Wasteland.   It’s gonna take more than just a pretty face to survive, but we at RawStudios think Punisher Girl has what it takes.  So pile your coins behind these loins, and meet me in the bunker! 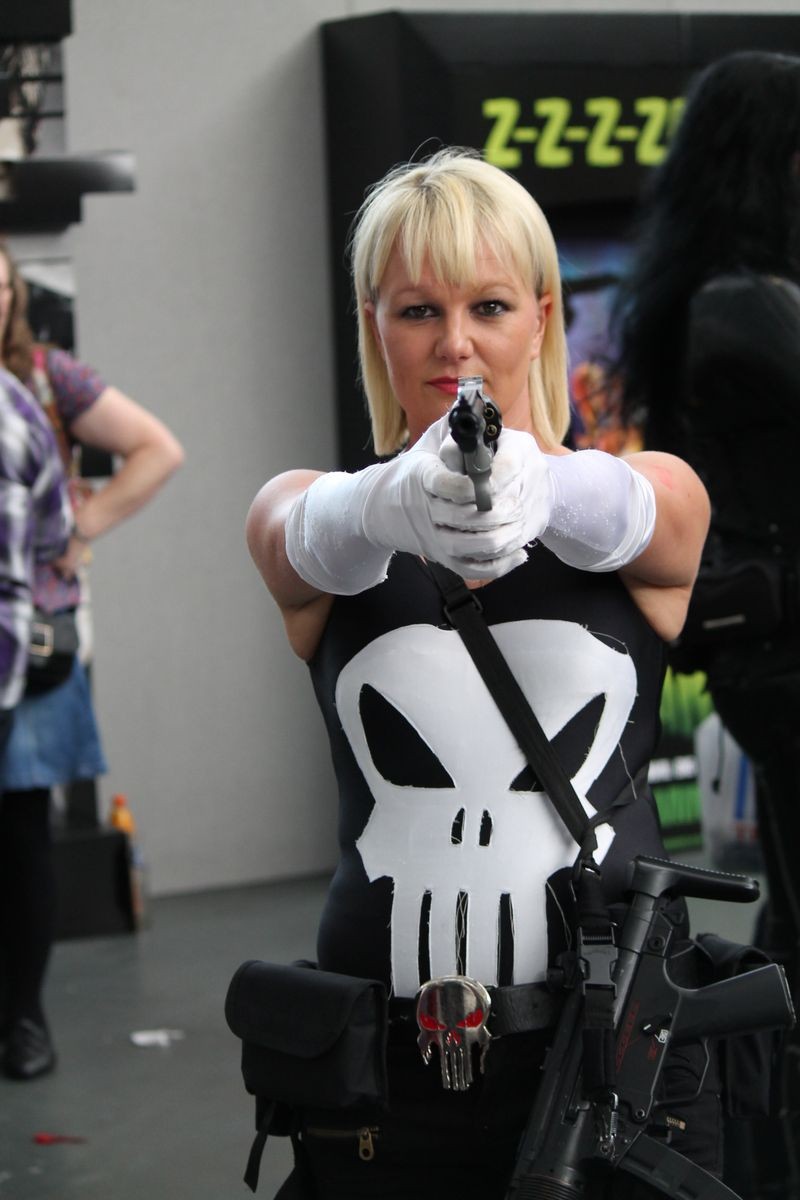 Punisher of the Month for September!

Tim Bradstreet here, making this month’s Punisher Of The Month entry. We got a real nice one for you this go-round, all the way from Ireland. SIMON TOAL takes the prize this month with this awesome shot that seems to me a nice homage to The Punisher Max. Even looks a bit like me ‘ol model, Tom O’Brien himself! This would have made good grist for an old Max cover methinks. What do you think?

Congratulations, Simon, and very well done! See you all in October when we add another round into the chamber of Punisher Of The Month! 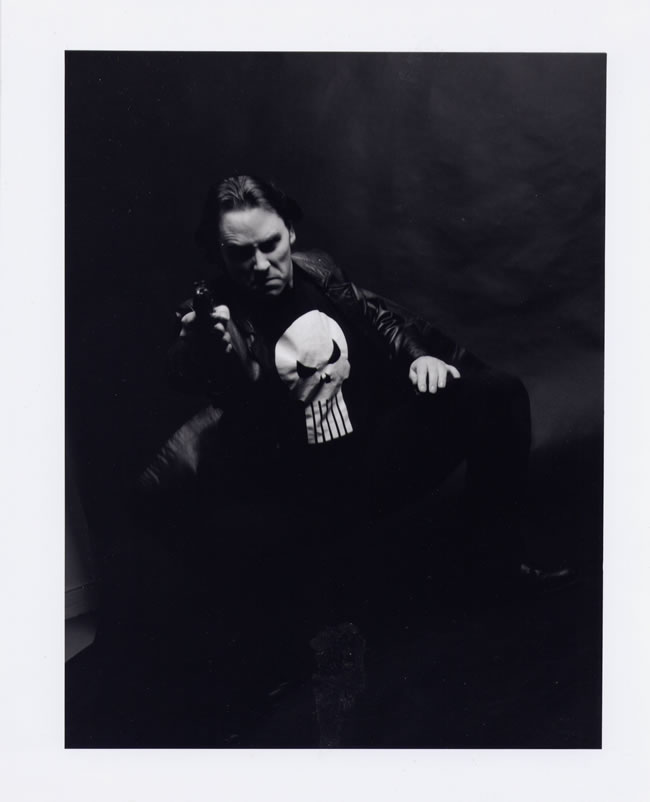